What is "Hero must die. again"?

This is a "RPG that starts from the end" brought to you by genius game creator Shoji Masuda.
First released as a mobile phone app in 2007, it was ported to console in 2016, becoming a long running hit title.

This game proceeds under the basic rule that "the story has a limited amount of time to progress" and combined with the "dark scenarios" by Shoji Masuda, it retains a strong originality not found in similar titles, even 13 years after its launch. 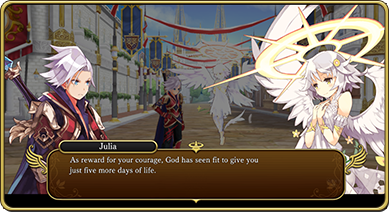 The story of “Hero must die. again” starts with the main character, the hero, defeating the demon lord.
The battle between the Hero and the Demon Lord ends in both of them dying.

However, God decides to revive the hero and give him five more days to enjoy the world he has just saved.

But the world that should have now been at peace with the Demon Lord defeated is still plagued with a variety of problems with no clear-cut good or evil.

What's more, the hero's power, at its peak when he battled the Demon Lord, now quickly wanes to the point where he will have trouble defeating even the lowliest enemy without help from his companions.