――Hero has a new song by Kenji Ito. How was it working with him?

Mr. Masuda: That’s the new opening theme! I feel that in terms of Itoken’s work it’s rare in that you can listen to it leisurely and really take it in. Usually, his work is a lot of very upbeat, fast-paced battle songs.

――You mean the type of songs that were in the SaGa games?

Mr. Masuda: Yeah. But with Hero’s new main theme, I learned that he really does have a range. I think that’s amazing.

――I see. Did you have any interesting exchanges when you worked with Kenji Ito?

Mr. Masuda: No, not really… Not for about ten years, I’d say. But we exchange emails from time to time.

――And this time we have a brand new main visual as well. According to the illustrator, Mr. Tetsu Kurosawa, I heard that apparently you ordered the pose for this main visual. Would you say there was something special about the composition of the pieta between the Hero and Yulia?

Mr. Masuda: Well, in a semiotic sense, it’s a sign. When you hold up two fingers it doesn’t always equate to a meaning of “v for victory”. If you raise one thumb, it means you’re giving your approval.

Similarly, in the composition of Michaelangelo’s Pieta, a woman holding the body of a dead man is a sign that has been universally accepted. 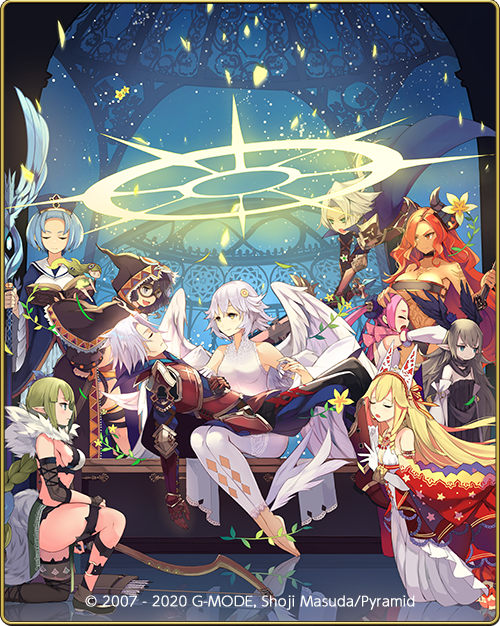 Mr. Masuda: Pieta actually has a replica in a cathedral in Tokyo. It’s life-size and just, bam. It really hits you, visually. It’s also much cleaner than the original in Italy, too. Because it’s a recently-made replica. [laughs]

――[laughs] Have you seen the real thing as well as the replica?

Mr. Masuda: Yeah, I did. About thirty years ago now, I think. Where was it? Rome? Florence?

Mr. Masuda: Then it’s a honeymoon. The great thing about Michaelangelo is that not only are his works realistic, whether it’s either two meters or three meters [in size], it’s a great representation of the question, “how do humans look from here”? I can calculate the size of the sculpture by the amount of its distortion. So if you look at it from the right position, or even at eye level, you’re quite distorted, including your face.

――Do you think viewing angles and positions are calculated?

Mr. Masuda: I would say that it’s like looking up from below.

――It’s quite amazing you’ve put this much thought into it.

Mr. Masuda: No, Michaelangelo’s the amazing one here. He was a real genius.

――I see. So let’s return to the game for a moment. There’s now a new additional element of play called “gallery appendix mode”.

Mr. Masuda: Yes, you can now collect items, monsters, and events. There was a request for this sort of thing from a lot of the PS Vita users, so we decided to throw it in this time.

――I’m honestly glad you’ve made this so simple. You can see your complete item list really easily now.

Mr. Masuda: That’s right. From a creator’s point of view, when you make a game like this, you have to remember everything during the creation of all of the items and monsters. So it’s surprisingly hard to be happy about it having a mode or function like that added. 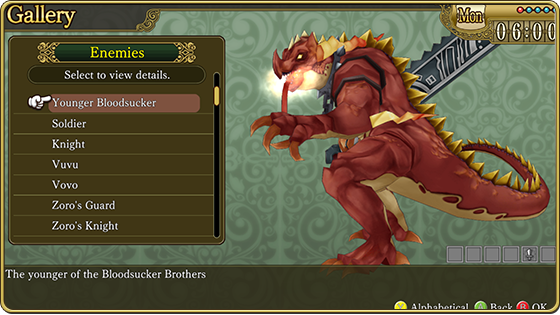 Mr. Masuda: I actually haven’t included that much more. You could also say that the ending route this time around has been cleaned up and tuned up.

――I would go so far as to say that the different ending is a major highlight of the game.

Mr. Masuda: At first, the option of having children was part of the bonus content for Hero. It was at the level of “well, we may as well throw that in, too”. But the users that cleared the game the first time tended to be frustrated that their successor was born, but they didn’t know what happened after that, and how it affected their country in-game. So in that way, hearing the other users raising their voices about what they wanted was a good thing.

――I see. So in that way, this new content will really reassure existing fans of the franchise who’ve been worried since then.

Mr. Masuda: I mean, wouldn’t you be happy if you got an answer to a question you were really concerned about? Though I can’t guarantee that I’ll always be this active with answering questions like that. [laughs]